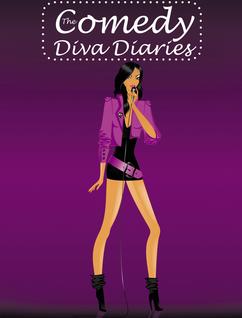 ​"Hip and outrageously funny! As a young comedian, it's frightening how much I can relate.”
~ Christel Bartelse, 2013, 2011& 2010 Canadian Comedy Award Nominee

“You will root for Diva every step of  the way.”
~ Ian Ferguson, author of Village of the Small Houses 2004 Leacock Medal For Humour

"Not your usual chick-lit heroine, the protagonist in this wonderfully-written debut novel is self-absorbed, narcissistic and mildly delusional...and yet  somehow appealing!  Hilarious, written with an insider's knowledge of the L.A.  comedy scene, a must-buy for your summer beach book!"

"I was fascinated by the day to day thoughts and life of the character. This is obviously a tale from someone who has taken the journey. Very funny and touching." ~  ​